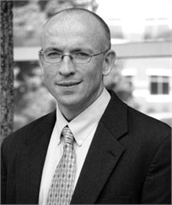 Scott exclusively practices personal injury litigation and represents the victims of serious, catastrophic and fatal accidents throughout the state of Georgia. He has been a resident of Georgia since 1978 and is a 1989 graduate of The Marist School in Atlanta. He graduated from The University of Notre Dame in 1993 with a degree in Government and International Relations and obtained his Juris Doctor from Georgia State University's School of Law in 1997. He became a member of the State Bar of Georgia in 1997. Scott is admitted to practice in state and federal courts in Georgia as well as federal courts in Texas.

After years at a large firm defending insurance companies from lawsuits, Scott felt that his knowledge of the insurance industry combined with his extensive trial experience could be better used to help seriously injured individuals in his community receive the justice they deserved. While on the defense side, he represented some of the largest and most powerful insurance companies, such as State Farm, Farmers Insurance and Kemper Insurance. Working with these large insurers and other defense attorneys have given him unique insights on the process of claims settlement and litigation. 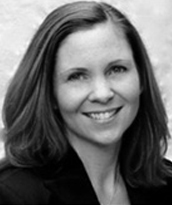 Amy is married to Scott Williamson and assists in managing The Williamson Law Firm. She grew up in Northern Virginia and attended Emory University, graduating with a B.A. in Political Science. She then attended Georgia State University College of Law and earned her J.D. in 1998. Amy worked at a busy Atlanta insurance defense firm for several years, trying numerous jury trials and handling 100+ cases. She then became a contract attorney for several personal injury lawyers providing them with litigation support. Currently an inactive attorney, Amy works with her husband Scott in managing The Williamson Law Firm and assists with clients, legal research, and other matters.

Becky has worked numerous years in the civil litigation field in both large and small firms. She is an expert at assisting clients and attorneys with the settlement and litigation process. Ms. Busch has worked with Scott Williamson for over ten years.